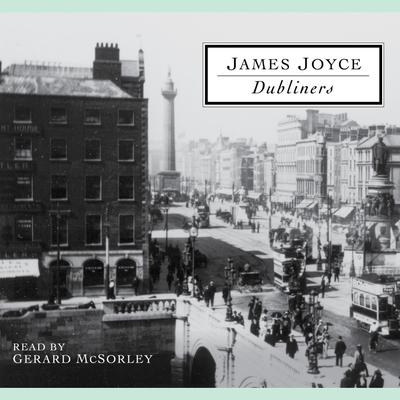 A Selection of Short Stories

Dubliners was completed in 1905, but a series of British and Irish publishers and printers found it offensive and immoral, and it was suppressed.  The book finally came out in London in 1914, just as Joyce's Portrait of the Artist as a Young Man began to appear in the journal Egoist under the auspices of Ezra Pound.  The first three stories in Dubliners might be incidents from a draft of Portrait of the Artist, and many of the characters who figure in Ulysses have their first appearance here, but this is not a book of interest only because of its relationship to Joyce's life and mature work.  It is one of the greatest story collections in the English language--an unflinching, brilliant, often tragic portrait of early twentieth-century Dublin.  The book, which begins and ends with a death, moves from "stories of my childhood" through tales of public life.  Its larger purpose, Joyce said, was as a moral history of Ireland.