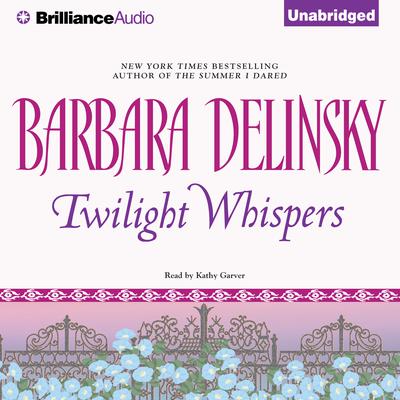 Twilight Whispers was a challenge for me. At the time I wrote it—1987—I wanted to push myself as a writer. The result: a book that was longer and more complex than anything I had written before then. In many respects, it is my first mainstream novel.

Here is the story of three families: the Warrens and the Whytes, wealthy, powerful, and connected by the marriage of Deborah Warren and Mark Whyte; and the not-so-wealthy Morells—Cassie, the loyal housekeeper for the Warrens, and her daughter, Katia, who grew up with and adores the Warren and Whyte children.

The story opens with the funeral of Deborah and Mark, who have been murdered. In the course of his investigation, Robert Cavanaugh, the detective assigned to the case, traces the rise of the families to power and uncovers secrets and scandals aplenty. He also comes to admire—and I hope you will come to love—Jordan Whyte and Katia Morell, whose futures are irrevocably linked.

Twilight Whispers is part family saga, part murder mystery, and part love story. Re-reading this book in anticipation of its reissue, I was enthralled by its characters just as strongly as I was when the book was first published so many years ago. It stands the test of time. I highly recommend it!