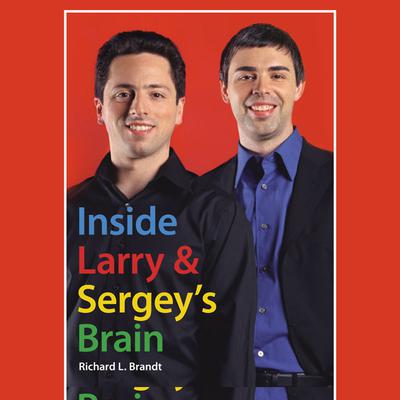 Inside Larry's and Sergey's Brain

An in-depth look at the strategies of Google's shockingly successful founders You've used their products. You've heard about their skyrocketing wealth and "don't be evil" business motto. But how much do you really know about Google's founders, Larry Page and Sergey Brin? Inside Larry and Sergey's Brain skips past the general Google story and focuses on what really drives these men and where they will take Google in the future. Richard L. Brandt shows the company as the brainchild of two brilliant but individual men and looks at Google's business decisions in light of its founders' ambitions and beliefs. Larry is the main strategist, with business acumen and practical drive, while Sergey is the primary technologist and idealist, with brilliant ideas and strong moral positions. But they work closely together, almost like complementary halves of a single brain. Larry is more socially awkward and rarely volunteers to answer questions. Sergey is more poised but is also shy with outsiders. Through interviews with current and former employees, competitors, partners, and senior Google management, plus conversations with the founders themselves, Brandt demystifies the secret society that is Google, as well as clarifying a number of misconceptions. For instance, it may seem more and more that Google wants to be something other than a search company as it expands into e-mail, cell phones, Web browsers, wiki information sites, social networks, and photo editing. But actually, Larry and Sergey just define search a little differently from everyone else. They also like to act as catalysts for change in industries (such as telecommunications) that affect their business. Theoretically, any of half a dozen competitors could have gotten where Google is today. But in reality, none of them could have been Google, because they didn't have Larry and Sergey.