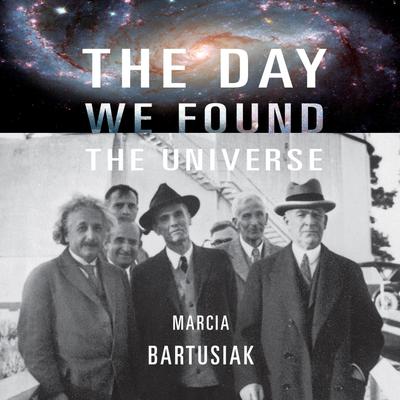 The Day We Found the Universe

From one of our most acclaimed science writers: a dramatic narrative of the discovery of the true nature and startling size of the universe, delving back past the moment of revelation to trace the decades of work--by a select group of scientists--that made it possible. On January 1, 1925, thity-five-year-old Edwin Hubble announced findings that ultimately established that our universe was a thousand trillion times larger than previously believed, filled with myriad galaxies like our own. It was a realization that reshaped how humans understood their place in the cosmos. Six years later, continuing research by Hubble and others forced Albert Einstein to renounce his own cosmic model and finally accept the astonishing fact that the universe was not immobile but instead expanding. The story of these interwoven discoveries includes battles of will, clever insights, and wrong turns made by the early investigators in this great twentieth-century pursuit, from the luminaries (Einstein, Hubble, Harlow Shapley) to the lesser known: Henrietta Leavitt, who discovered the means to measure the vast dimensions of the cosmos . . . Vesto Slipher, the first and unheralded discoverer of the universe’s expansion... Georges Lemaître, the Jesuit priest who correctly interpreted Einstein’s theories in relation to the universe... Milton Humason, who, with only an eighth-grade education, became a world-renowned expert on galaxy motions... and others. Here is the watershed moment in our cosmic history, splendidly arising from the exceptional combination of human curiosity, intelligence, and enterprise. --------------------------------------------------------------------------------