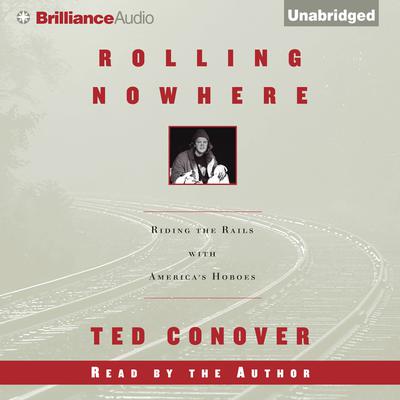 Riding the Rails with America's Hoboes

"I crouched quietly in the patch of tall weeds. Around me fell the shadow of the viaduct that carried a highway over the railroad yards. From the edge of the yards, I squinted as I watched the railroad cars being switched from track to track. Cars and trucks were rolling over the viaduct, but what occupied my attention was the dark, cool corridor underneath it, where I hoped to intercept my train."

Riding the rails, Ted Conover tasted the life of a tramp with companions like Pistol Pete, BB, and Sheba Sheila Sheils. From them he learned survival skills - how to "read" a freight train, scavenge for food and clothing, avoid the railroad "bulls." He was initiated into the customs of their unique, shadowy society - men and women bound together by a mutual bond of failure, camaraderie, and distrust.

Sixty-five freight trains, 12,000 miles, and fifteen states later, Conover chronicles his impressions of their lives in this fascinating piece of first-hand reporting that becomes a thoughtful story of self-discovery.