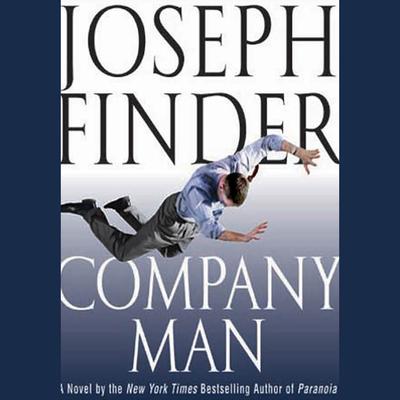 Joseph Finder's New York Times bestseller Paranoia was hailed by critics as "jet-propelled," the "Page Turner of the Year," and "the archetype of the thriller in its contemporary form."

Now Finder returns with Company Man - a heart-stopping thriller about ambition, betrayal, and the price of secrets.

Nick Conover, the son of a factory worker, is the CEO of a major corporation in a company town. Nick, once the most admired man in Fenwick, Michigan, is now, having presided over massive layoffs, the most despised. A single parent since the recent death of his wife, he's struggling to insulate his ten-year-old daughter and angry sixteen-year-old son from the town's hostility. When his family is threatened by a nameless stalker, events spin quickly out of control and Nick is faced with a dead body and damning circumstances. To protect his family, he must cover up the homicide with the help of his old friend and corporate security director. Now Audrey Rhimes, a police investigator with an agenda of her own, is determined to connect Nick to the homicide. In the meantime, Nick begins to unravel a web of intrigue within his own corporation, involving his closest colleagues, that threatens to gut the company and bring him down with it. With everything he spent his life working for hanging in the balance, Nick Conover discovers that life at the top is just one small step away from a long plunge to the bottom.