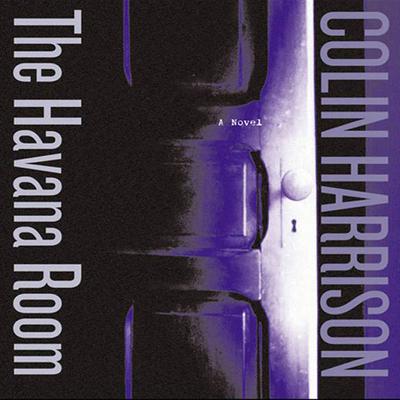 From the author of Afterburn, a major new thriller about a down-and-out lawyer who takes on a case that proves deadly.

The Havana Room is the tale of a man who falls from the heights of power and wealth in New York, and finds himself in a dangerous and potentially lethal state of affairs.

Bill Wyeth is a successful real estate attorney in his late thirties with a wife and son, who, by the merest chance, loses everything: family, job, status. Unmoored and alone, Wyeth drifts toward the city's darker corners. Restoration seems unlikely, redemption impossible. Wyeth finds himself in an old-time Manhattan steakhouse and is intrigued by the manager, Allison Sparks—sexy, complicated, and independent in all ways. She also controls access to a private bar. This is the Havana Room, and what goes on in there, he's told, is secret. Wyeth agrees to help Alison's friend, Jay Rainey, in concluding a last-minute midnight real estate transaction. As soon as he sees the players and the paperwork, he knows something is wrong. Within hours, Wyeth finds himself tangled in Rainey's peculiar obsessions, which involve a Chilean businessman who feels he's been swindled, an old farmer frozen dead to a bulldozer, an outrageous black owner of a downtown hiphop club, and a fourteen-year-old English girl. Only Rainey knows the connections among these people, which are revealed when Wyeth is finally admitted to the Havana Room—where the survival of its inhabitants is most uncertain.