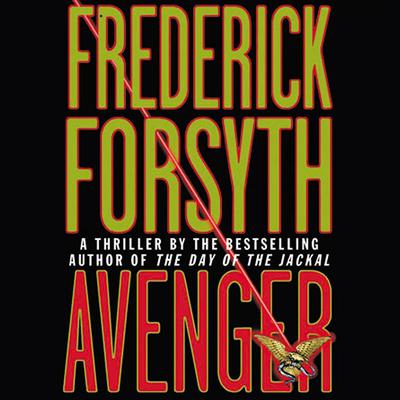 Frederick Forsyth is back with a Avenger! A heart-stopping thriller of murder, intrigue, deception, and revenge

Attorney Calvin Dexter hangs his shingle in a quiet New Jersey town, has a reasonably successful practice, and takes the hills strong while triathlon training. But Dexter is no ordinary lawyer. On Sundays, he reads the paper and shuffles around his dark, empty house, trying to forget about a life he has lost forever.

Until, of course, Dexter reads something in the papers that sends him the necessary signal. Until one of the handful who know of Dexter's other life tries to contact him. For in a world that has forgotten right and wrong, few can settle a score like Cal Dexter can.

But the game is changing, and this time CIA agent Kevin McBride must find a way to stop Dexter before his quest for vengeance throws the world into chaos.