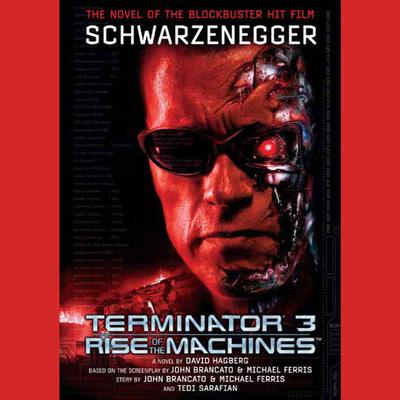 Terminator 3: Rise of the Machines

The novel of the eagerly awaited sequel to the blockbuster film franchise. The Terminator films are landmarks in Hollywood filmmaking. Now, twelve years after Terminator 2: Judgment Day, comes the new film, Terminator 3: Rise of the Machines.

Terminator 3 stars Arnold Schwarzenegger in his signature role. Other key roles are played by Claire Danes, Nick Stahl, and Kristanna Loken, who plays a new, more powerful and dangerous Terminatrix. As fast-paced and explosive as the first two films, Terminator 3 has the newest state-of-the-art visual effects, which combine to make Terminator 3 one of the most eagerly anticipated films of summer 2003.

This is the story of John Connor, who is destined to become the head of the human resistance against the robotic forces of Skynet, the Artificial Intelligence that attacked humanity on Judgment Day. Son of the courageous Sarah Connor, John has grown up knowing that he was different. Protected by a Terminator when he was a boy, told of his destiny before he could truly comprehend the enormity of his responsibility, he is the person in whom all hope for humanity's future lies. Now John is being hunted by a more advanced-model Terminator, come back from the war-torn future. John has a secret edge but he does not know it. All he knows is that his life is about to become one long, crazy flight from destruction. It's going to be a hell of a ride!