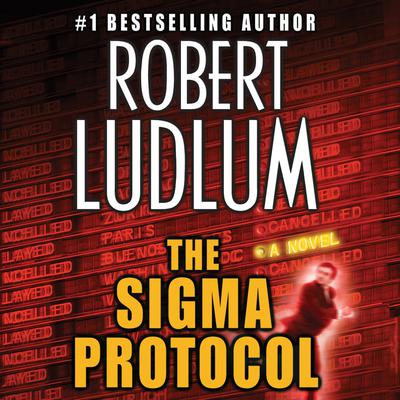 American investment banker Ben Hartman arrives in Zurich for a ski holiday, the first time he's been back to Switzerland since his twin brother died there in a tragic accident four years earlier. But his arrival in Zurich triggers something far more sinister than his brother's fate. When Ben chances upon Jimmy Cavanaugh, an old college friend, Cavanaugh promptly pulls out a gun and tries to kill him. In a matter of minutes, several innocent bystanders are dead - as well as Cavanaugh - and Ben has barely managed to survive. Plunged into an unspeakable nightmare, Hartman suddenly finds himself on the run.

Department of Justice field agent Anna Navarro is being stalked around the world by a relentless killer, managing to survive the killer's attacks only by a combination of luck, skill and her own quick wits. These attacks are somehow related to her current assignment: investigating the sudden - and seemingly unrelated - deaths of a number of very old men throughout the world. The only thing that connects them is a file in the CIA archives, over a half-century old, marked with the same puzzling code word: SIGMA. But someone or something is always seemingly one step ahead of her, the survivors are rapidly dwindling, and her own life is in ever increasing danger.

Brought together by accident, Ben and Anna soon realize that their only hope of survival lies with each other. Together they race to uncover the diabolical secrets long hidden behind the code word, Sigma. Secrets that threaten everything they think they know about themselves, everything they believed true about their friends and families, and everything they were ever taught about history itself. For behind Sigma lies a vast deception that is finally coming to fruition and the fate and future of the world is in their hands.