Don't Call it a Cult

“I truly cannot recommend this book enough if you are at all interested in cults and their dynamics. Berman’s account of NXIVM and the horrendous events that occurred within the organization, and to many of its members, is both compassionate and brutally honest. Her exploration of the cult’s history, makeup, and motivations is detailed and thought provoking, and will certainly stay with you long after you’ve read it. CW: Emotional, Physical, Psychological, and Sexual Abuse”

As seen in Season Two of the HBO docuseries THE VOW

They draw you in with the promise of empowerment, self-discovery, women helping women. The more secretive those connections are, the more exclusive you feel. Little did you know, you just joined a cult.

Sex trafficking. Self-help coaching. Forced labor. Mentorship. Multi-level marketing. Gaslighting. Investigative journalist Sarah Berman explores the shocking practices of NXIVM, a cult run by Keith Raniere and many enablers. Through the accounts of central NXIVM figures, Berman uncovers how dozens of women seeking creative coaching and networking opportunities instead were blackmailed, literally branded, near-starved, and enslaved. Don't Call It a Cult is a riveting account of NXIVM's rise to power, its ability to evade prosecution for decades, and the investigation that finally revealed its dark secrets to the world.

Sarah Berman is an investigative journalist based in Vancouver covering crime, drugs, cults, politics, and culture. She is a former senior editor at VICE and past contributor to Adbusters, Maclean's, The Globe and Mail, the Vancouver Sun and other publications. 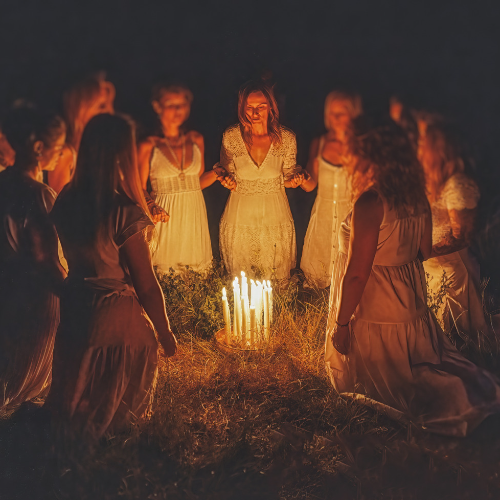 "...Sarah Berman’s Don’t Call It a Cult is a thoroughly reported work that details a staggering amount of relevant information the TV series left out."
--The Atlantic

"Investigative journalist Berman debuts with the definitive look at the NXIVM cult, which victimized dozens of women for more than a decade ... This deep dive behind the headlines isn’t to be missed."
--Publishers Weekly (starred review)

"Berman demonstrates the tactics cults use to manipulate and control without casting judgment or blame on the victims. Truly gripping, this is the definitive book on NXIVM."
--Booklist

"This is a very thought provoking book about a subject that many may have glanced at the headlines and not known much about. From empowerment to manipulation, it should serve as a warning to be careful about how you trust and with how much."
--The Parkersburg News & Sentinel

"An absolute work of art"
--Vancouver is Awesome

"Both captivating and frightening, Don’t Call it a Cult will astonish most readers."
--New York Journal of Books

“Don’t Call It A Cult is the most detailed, well-reported, and nuanced look at NXIVM’s history, its supporters, and those left destroyed in its wake. If you want to understand NXIVM—and other groups like it—reading Sarah Berman’s account is essential.”
--Scaachi Koul, bestselling author of One Day We’ll All Be Dead and None of This Will Matter

“Sarah Berman is absolutely fearless in Don’t Call It a Cult. Her determination to not only tell the difficult, often disturbing story of NXIVM, but tell it right, shines through in every aspect of this gripping book. I simply could not put it down.”
--Alicia Elliott, A Mind Spread Out on the Ground

“Berman has crafted a tour-de-force and powerful homage to first-person reportage. A riveting page-turner, Don’t Call It a Cult is a must-read for anyone who is fascinated by the long term effects of cult culture, abuse, and pseudoscience.”
--Lindsay Wong, author of The Woo-Woo

“Sarah Berman’s reporting on the inner workings of NXIVM and its secret, coercive ‘women’s group’ fully elucidates how scores of incredibly talented, smart young women fell under the spell of a mousy, volleyball-playing con man. Don’t Call It a Cult is an incisive, empathetic page-turner.”
--andrea bennett, author of Like a Boy But Not a Boy

“Don’t Call It A Cult is a thorough and compelling examination of a terrifying organization. Berman understands and brilliantly conveys the complexity of abuse, assault, and the lasting effects of each, and delivers a book that says as much about human nature as it does about NXIVM. Required reading!”
--Anne T. Donahue, author of Nobody Cares

“Don’t Call It a Cult explains Raniere’s dark charisma and why so many people were attracted to NXIVM and stayed on, even as the manipulation, exploitation, and abuse got extreme. A thoughtful, deeply reported take on a sensational story, one that I won’t soon forget.”
--Rachel Monroe, author of Savage Appetites

“Berman lays bare this longest of cons: lost souls and ambitious young people drawn into NXIVM’s vortex of sexual assault, child exploitation, fraud, manipulation, and blackmail. This too-crazy-for-fiction tale is expertly spooled out with journalistic precision and a screenwriter’s sense of scene and story. I couldn’t put it down.”
--Lorimer Shenher, author of That Lonely Section of Hell and This One Looks Like a Boy
Expand reviews