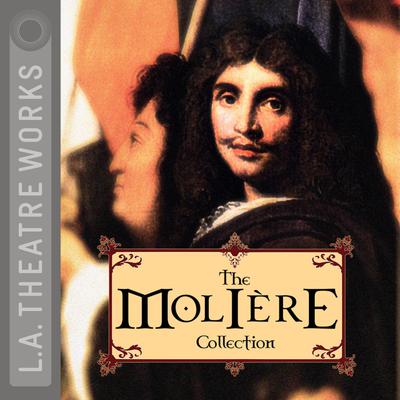 The School for Husbands: Sganarelle, a tyrannical old buffoon of a husband-to-be, seeks to isolate his young ward, while unwittingly carrying her messages of devotion to her lover. Meanwhile, his wise brother offers his ward kindness and liberty, and is rewarded with her hand in marriage. Performed by: Brian Bedford, Emily Bergl, Dakin Matthews, Juliet Mills, Christopher Neame, Lloyd Owen, Alan Shearman, Rhashan Stone and Olivia Williams.

The School for Wives: In this biting comedy of errors, the hapless Arnolphe is undone by his own double dealing and double standards. This play is considered by many to be Molière’s masterpiece, and Wilbur’s subtle verse translation illuminates the great master of comedy at his wittiest. Performed by: William Brown, Wellesley Chapman, Joe Damour, Kevin Fox, Cheryl Graeff, Judy Greer, Dev Kennedy, Bradley Mott and Larry
Yando.

Tartuffe: Initially banned in by King Louis XIV, Molière’s most famous satire exposes hypocrisy in the Catholic Church. A pious fraud manipulates the patriarch of a wealthy family into giving up his fortune, and it’s up to his family to expose the truth before they end up in the poor house. Performed by: Brian Bedford, JB Blanc, Daniel Blinkoff, Gia
Carides, Jane Carr, John de Lancie, Martin Jarvis, Alex Kingston, Matthew Rhys and Sarah Zimmerman.