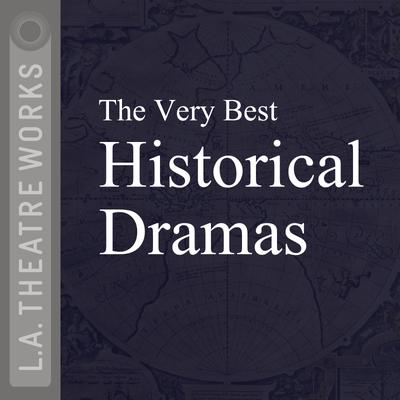 Lion in Winter: James Goldman’s brilliant historical drama pits King Henry II of England against the strong-willed Eleanor of Aquitaine. Back stabbing, spying, double crossing, and rampant infidelity – a typical family Christmas. Typical, that is, for the Plantagenets. Kathleen Chalfant and Alfred Molina bring to life the witty, eloquent battle of the sexes that was immortalized in the Academy Award-winning film of the same name starring Katherine Hepburn and Peter O’Toole.

Mary Stuart: Elizabeth I of England is threatened by the survival of her Catholic cousin, Mary Stuart. Wrestling with her own conscience, the Queen agonizes over Mary's fate, amidst fears for her own life. Court intrigue has never been more gripping than in this "acute study in the art of double-dealing politics." (The New York Times)

The Rivalry: Academy Award-nominees Paul Giamatti and David Strathairn star in Norman Corwin's electrifying dramatization of the history-making Lincoln-Douglas debates. This fierce rivalry between rising legislator Abraham Lincoln and incumbent Senator Stephen A. Douglas tackled some of the day's most passionate and controversial issues - above all those of slavery and the American concept of freedom. As seen through the eyes of Douglas' young wife Adele, the play illuminates two of the most charismatic politicians of any era.

Directed by Eric Simonson. Recorded before a live audience at the Skirball Cultural Center, Los Angeles.