The Grave of Empires: Book #1
by Sam Sykes

“Our book club loved this so much! There was so much rich world building that we wanted to know more about. The audiobook was phenomenal as well! Highly recommend this to any reader of fantasy. Just punchy enough to keep anyone interested for the entire length of this massive book, but enough depth to stick with you after you've finished.”

“Governor-Militant Tretta Stern is committed to the her service to the Revolution of the Fist and Flame, against Imperial Cathma, and dedicated to the well-being of as many people under her command as possible. Her intention is to efficiently interrogate captured Vagrant -- a kind of vigilante mage -- Sal the Cacophony, and then execute her; a plan that is delayed by Sal's gradual sharing information about a missing officer of the Revolution, interspersed with the tale of the journey that led Sal to be in Tretta's prison. Sykes keeps Tretta's voice in her third person POV chapters distinct from Sal's breathtaking, darkly humorous, occasionally unexpectedly poignant, and exceedingly profanity-laden first person narration. Recommended for fans of big messy sprawling and endlessly entertaining epic series. Nicely read on audio by Daisy May.”

Her magic was stolen. She was left for dead.

Betrayed by those she trusts most and her magic ripped from her, all Sal the Cacophony has left is her name, her story, and the weapon she used to carve both. But she has a will stronger than magic, and knows exactly where to go.

The Scar, a land torn between powerful empires, where rogue mages go to disappear, disgraced soldiers go to die and Sal went with a blade, a gun, and a list of seven names.
Revenge will be its own reward.

Sam Sykes -- author, citizen, mammal -- has written extensively over the years, penning An Affinity for Steel, the Bring Down Heaven trilogy, Brave Chef Brianna, and now The Grave of Empires trilogy. At the time of this writing, no one has been able to definitively prove or disprove that he has fought a bear. 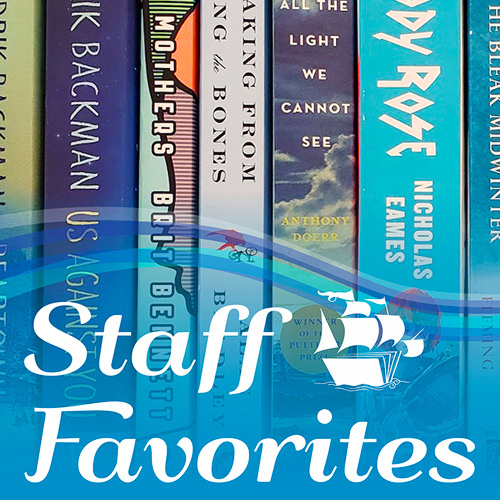 "Exciting and inventive. I never realized how much I needed wizard-hunting gunslingers in my life."—Peter V. Brett, New York Times bestselling author of The Warded Man "Gunslingers and mad mages and monsters, oh my. Sykes' latest is a brutal and vulgar epic yet still fun enough that - and I say this as the highest of compliments - makes me wish like hell it ends up with an adaptation into a role-playing game."—Chuck Wendig, New York Times bestselling author "With skillful worldbuilding, unexpected humor, and characters real enough to touch, this is easily Sykes's best book to date."—Publishers Weekly (starred review) "Seven Blades in Black offers villains that are as memorable and unique as the heroes. Action, magic, romance and humor mingle well in this mammoth tale. It's an immersive read in a well realized world."—Robin Hobb, New York Times bestselling author of Fool's Assassin "Sam Sykes continues to reinvent the fantasy adventuring party in a vibrant world of rude magic and good intentions gone bad. Bold and exuberant, never cynical, Sykes fights the good fight on behalf of rich fantasy that nonetheless refuses to apologize for being kick-ass fun."—Scott Lynch on The City Stained Red "Action fantasy with soul -- albeit a small, dirty, funny soul."—Brent Weeks on The City Stained Red "Sykes' writing is full of heart, hilarity, and the frank understanding that as humans we are all disasters. Come for the adventures, stay for the weirdos."—R. F. Kuang, author of The Poppy War "A love letter to Final Fantasy and badass women, told with with an irresistible mix of passion and wit."—David Dalglish, author of Soulkeeper "Sykes has put the fun back in fantasy with fantastic creatures and a lovable crew of malcontents. The City Stained Red is like David Eddings meets Conan the Barbarian."—Brian McClellan on The City Stained Red "Seven Blades in Black is terrific. The tale of Sal the Cacophony is delightfully sarcastic and deeply sorrowful."—Nicholas Eames, author of Kings of the Wyld "By the end of the first page, you'll know Sam is in love with his characters. By the end of the second, you'll know you are too."—Myke Cole, author of The Armored Saint "Compulsive from start to finish."—Kirkus (starred review) "Sykes is a master at taking familiar elements of fantasy and stirring them to a wicked, wholly original churn. In Sal the Cacophony, Sykes has crafted a protagonist for the ages. Ludicrous, wicked, delightful."—Pierce Brown, New York Times bestselling author of Red Rising Expand reviews