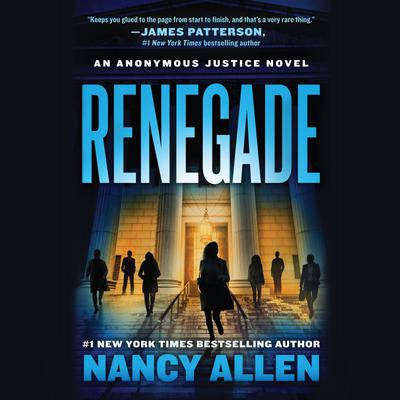 In the launch of this fast‑paced new series, a corrupt NYC legal system lands a justice‑seeking lawyer in mandated anger management group meetings. When she discovers the meetings are a front for a group of renegades, will she choose to fight with them or stay on the right side of the law?

Since the mysterious death of her father, a NYC cop, Assistant District Attorney Kate Stone has fought against injustice in New York City. Now with no one to turn to, Kate blows off steam with martial arts and whatever bourbon happens to be on hand that night. When she can't imagine that life could get any darker, she's proven wrong as she argues a case against Max James, a serial assaulter of women. It's a case she desperately wants to win. Only the defense attorneys are too well‑paid and clearly too well‑liked by the judge so James walks free. When he confronts her outside the courthouse, it's all the impetus she needs. Within seconds, she punches James, and he goes down . . . hard. But after the footage is plastered across every screen, Kate's boss demands that she either attend anger management meetings or walk away from her job.

Begrudgingly, Kate attends her first meeting. Inside is a group of people from all walks of life—a sex addict, a gambler, and an ex‑military member—all wronged by a rigged justice system. Their mission: To do everything in their power to help right wrongs, even if outside the law. Kate turns the offer to join down immediately because a team of wannabe Batmen (and women) are not going to solve this problem. However, she changes her mind when Max James appears on the news again so soon—the victim refusing to press charges—and Kate has no other option.

At home with these misfits, it's almost like they're the family that she's been missing since her dad died. But secrets lurk within the shadows of the group, and when Kate begins to dig into her father's death, she unknowingly ignites a battle that will rage across the city that never sleeps.