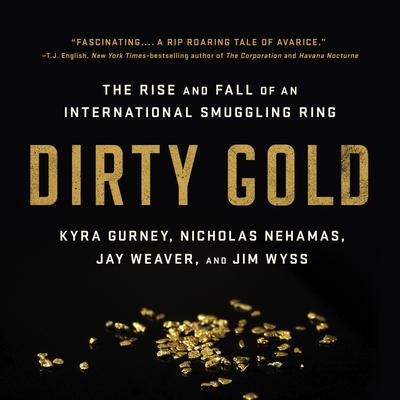 The Rise and Fall of an International Smuggling Ring

The explosive story of the illegal gold trade from South America, and the three Miami businessmen who got rich on it

In March of 2017, a team of FBI agents arrested Juan Granda, Samer Barrage, and Renato Rodriguez, or as they called themselves, "the three amigos." The trio--first identified publicly by the authors of this book-- had built a $3.6 billion dollar business in metals trading, mostly illegal Peruvian gold.
Their arrests and subsequent prosecution laid bare more than a corrupt finance firm, though. Instead, Dirty Gold lifts the veil on an illegal international business that is five times as lucrative as trafficking cocaine, and arguably more dangerous.
As the award-winning team of Miami Herald reporters show, illegal gold mines have become a haven for Latin American drug money. The gold is then sold to metals traders, and ultimately to Americans who want it in their jewelry, smartphones, and investment portfolios. By following the trail of these three traders, Dirty Gold leads us into a criminal underworld that has never before been in full view.