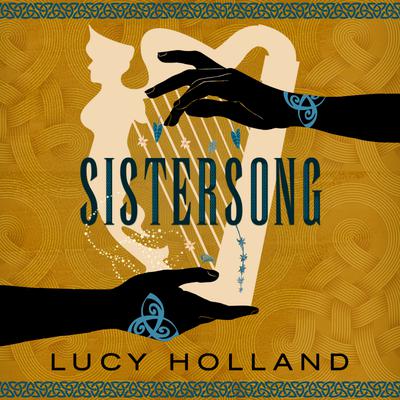 "Sistersong is a beautiful reimagining of an old British folklore ballad that weaves a captivating spell of myth and magic around the reader. Lucy Holland's lyrical prose and powerful storytelling will lure you into an eerie, intriguing world in which enemies lurk unseen, the threat of betrayal hangs heavy and sisterly loyalties are tested to their limit." —Jennifer Saint, author of Ariadne

My sister’s heart broke on the river – and the river took it and bore it away.

In the ancient kingdom of Dumnonia, there is old magic to be found in the whisper of the wind, the roots of the trees, the curl of the grass. King Cador knew this once, but now the land has turned from him, calling instead to his three children. Riva can cure others, but can’t seem to heal her own deep scars. Keyne battles to be accepted for who he truly is—the king’s son. And Sinne dreams of seeing the world, of finding adventure.

All three fear a life of confinement within the walls of the hold, their people’s last bastion of strength against the invading Saxons. However, change comes on the day ash falls from the sky. It brings with it Myrdhin, meddler and magician. And Tristan, a warrior whose secrets will tear them apart.

Riva, Keyne and Sinne—three siblings entangled in a web of treachery and heartbreak, who must fight to forge their own paths.

Their story will shape the destiny of Britain.

Inspired by the haunting folk ballad “The Twa Sisters”, set against the rich backdrop of ancient Britain, Sistersong is a dark and lyrical tale of siblings and sorcery from a spellbinding new voice.

"​From its opening pages, Sistersong transports you to a time period often overlooked, and spins a tale of family, loyalty, and the triumph of becoming the person you were always meant to be. I was utterly captivated from the beginning to the tragic, bittersweet end." —Genevieve Gornichec, author of The Witch's Heart

“Holland delivers an enchanting queer retelling of the English murder ballad “The Twa Sisters”… [her] fast-paced plot and fresh, inventive take on a little-known classic make for a stirring experience. Fans of folkloric fantasy will be spellbound." —Publishers Weekly

“Holland’s lush reimagining of the ballad is a fantastic amalgamation of historical fantasy and English folklore….[her] storytelling is mesmerising, and Sistersong kept me feverishly turning the pages until the very end." —The Nerd Daily

"If you like poetic reimaginings of mythology, such as Madeline Miller’s Circe and The Song of Achilles, you need to make sure to pick up Sistersong." —Grimdark Magazine