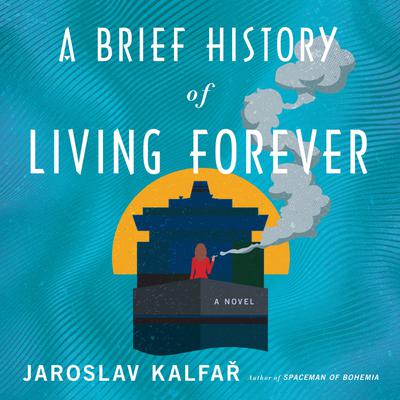 A Brief History of Living Forever

An audacious novel set in a near-future America under the dual manipulations of technology and surveillance, A Brief History of Living Forever tells the epic, exhilarating story of a long-lost brother and sister on a mission to reclaim their mother from oblivion

When Adela discovers she has a terminal illness, her thoughts turn to Tereza, the American-raised daughter she gave up at birth. Leaving behind her moody, grown son, Roman, in their native Czech village, she flies to the United States to find the long-lost daughter who never knew her. Yet the country, in the year 2029, is steeped in surveillance and has adopted an unapologetic nationalism—a very different place from the open and accepting one Adela experienced decades earlier, when, as a teenager high on the promise of America, she eloped with a filmmaker and starred in his cult sci-fi movie.

Now, in New York City, with time running out, Adela reunites with Tereza, who is working as the star researcher for two suspicious biotech moguls hellbent on developing a “god pill” to extend human life indefinitely. But before Tereza can find a cure for Adela, her mother dies mysteriously. Unbeknownst to Tereza, her body is whisked away by the American government to a mass grave for undocumented immigrants in the swampy wastelands of what was once Florida. Distraught, Tereza travels to the Czech Republic to convince Roman, the brother she’s never met, to join her in rescuing their mother’s remains from oblivion, with the intent of bringing her home to rest in Czech soil.

Narrated from the beyond by Adela, A Brief History of Living Forever is a high-wire act of storytelling that demonstrates once more Jaroslav Kalfar’s endless powers of invention. By turns insightful, moving, and funny, the novel blends an immigrant mother’s heartbreaking journey through the American dream with her children’s quest to reclaim her from a country that would erase any record of her existence. Above all, it is a reminder that neither space nor time can sever our connection to the ones we love.