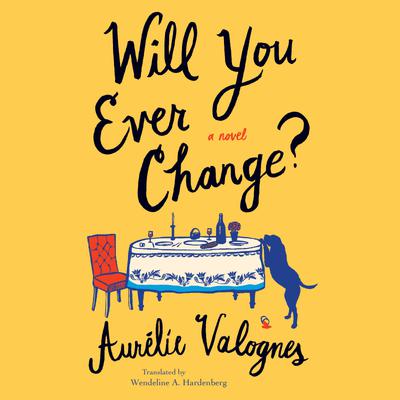 Will You Ever Change?

Charming, quirky, and funny, this oh-so-relatable novel from the bestselling author of Out of Sorts shines a light on the always-complicated je ne sais quoi of every family’s relationship.

As Martine and Jacques Le Guennec prepare for their annual family Christmas dinner, Martine reminds her husband to be on his best behavior. Their son Nicolas is bringing his girlfriend, Jeanne, to their home for the first time, and she doesn’t want Jacques to scare this one off.

Jacques has always ruled his roost with patriarchal bravado, and he can’t help but verbally antagonize everyone—especially the wives of his sons. Jeanne, a strong-willed woman who grew up without a father, clashes with the curmudgeon, and she worries that her boyfriend might be too much like his father.

It’s all starting to make Martine question everything about her relationship with her husband. And, though she makes that perfectly clear to him, the old dog is not anxious to learn new tricks.

When Jeanne saves Jacques’s life, he begins to realize it may be time to change his ways if he wants to hold on to his wife and keep the family close. But is it too late?