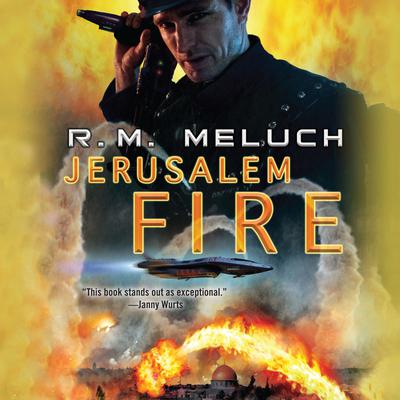 It was the question all human star travelers asked one another. The ancient city of Jerusalem, holy to three human religions, had become the touchstone for anyone not yet absorbed into the Na’id Empire, under its twin banner of Galactic Dominion/Human Supremacy.

Iry—A planet out of myth, whose very existence could bring down an empire.

Alihahd—The captain was a notorious rebel runner. To most of the known galaxy he was a legend without a face, to the rest, a face without a name. He was called Alihahd. “He left.” It was the word Na’id enforcers heard when they demanded to know where the rebel had gone—always one step ahead—as if he knew his enemy very well. Hero, villain, coward. Three times a legend on both sides of the same war.

“This book stands out as exceptional. Space opera that becomes a powerful examination of conflict from a one-sided view that expands, unfolding with unexpected twists and turns.” —Janny Wurts, author of the Wars of Light and Shadow series (for Jerusalem Fire)

“Enough action and suspense for three novels…. A treat for military SF buffs with a sense of humor.” —Booklist

“Meluch is an excellent writer, and has a firm grasp of military tactics, character development and storytelling. A good substitute for those waiting for David Weber’s next Honor Harrington novel.” —Sacramento Book Review

“While Meluch depicts combat and warrior culture as well as any writer in the subgenre, the true joy of this outstanding effort…lies in its inspired use of current speculation on the origins of the universe, quantum singularities and even the old chestnut of time travel…. Meluch shows particular skill in creating memorable characters while exhibiting a refreshing ruthlessness in subordinating them to the logical ramifications of the plot.” —Publishers Weekly (starred review)