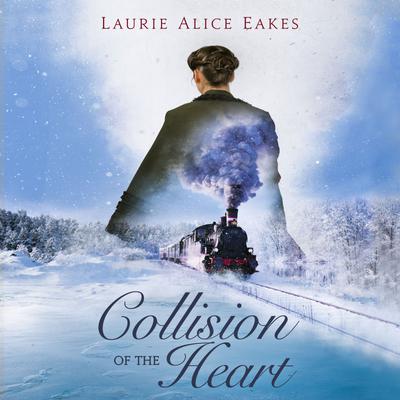 Collision of The Heart

Mia Roper isn’t a typical nineteenth-century woman. Refusing to pass up the hard-won opportunity to prove herself as a journalist, she left Hillsdale, Michigan, hoping in vain that Ayden Goswell would follow her to Boston.

When the train bringing her back for her first major story crashes in a snowstorm outside town, Mia is stranded. Not even the survival of a fellow passenger, a toddler, can ease her heart’s sudden ache at seeing Ayden, now a history professor at the local college, courting someone else.

Ayden’s never gotten over the fact that the most fascinating woman he ever met chose her career over marriage…and he let her go. But marrying the department director’s daughter could at least guarantee him a permanent job. It’s a satisfactory arrangement, yet his kind, pretty bride-to-be has one simple flaw: she’s not Mia.

As soon as the trains are running, Mia will be leaving again, unless she and Ayden can reconcile ambition and love—and take a leap of faith together.