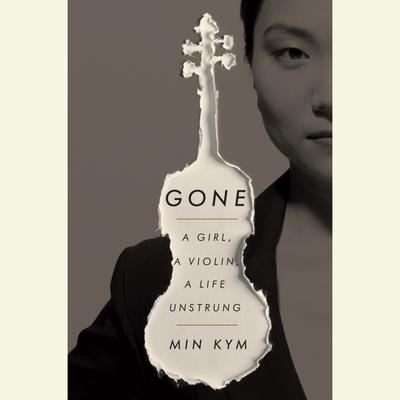 A Girl, a Violin, a Life Unstrung

The spellbinding memoir of a violin virtuoso who loses the instrument that had defined her both on stage and off -- and who discovers, beyond the violin, the music of her own voice

Her first violin was tiny, harsh, factory-made; her first piece was “Twinkle Twinkle, Little Star.” But from the very beginning, Min Kym knew that music was the element in which she could swim and dive and soar. At seven years old, she was a prodigy, the youngest ever student at the famed Purcell School. At eleven, she won her first international prize; at eighteen, violinist great Ruggiero Ricci called her “the most talented violinist I’ve ever taught.” And at twenty-one, she found “the one,” the violin she would play as a soloist: a rare 1696 Stradivarius. Her career took off. She recorded the Brahms concerto and a world tour was planned.

Then, in a London café, her violin was stolen. She felt as though she had lost her soulmate, and with it her sense of who she was. Overnight she became unable to play or function, stunned into silence.

In this lucid and transfixing memoir, Kym reckons with the space left by her violin’s absence. She sees with new eyes her past as a child prodigy, with its isolation and crushing expectations; her combustible relationships with teachers and with a domineering boyfriend; and her navigation of two very different worlds, her traditional Korean family and her music. And in the stark yet clarifying light of her loss, she rediscovers her voice and herself.