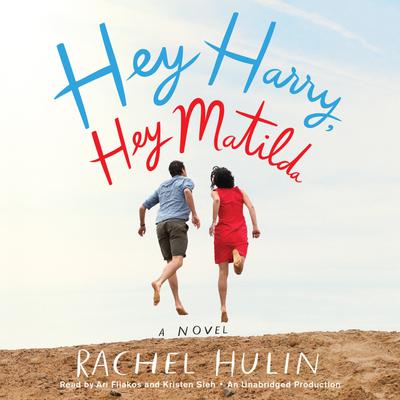 Hey Harry, Hey Matilda is the story—told entirely in hilarious emails—of fraternal twins Harry and Matilda Goodman as they fumble into adulthood, telling lies and keeping secrets, and finally confronting their complicated twinship.

Matilda Goodman is an underemployed wedding photographer grappling with her failure to live as an artist and the very bad lie she has told her boyfriend (that she has a dead twin). Harry, her (totally alive) brother, is an untenured professor of literature, anxiously contemplating his publishing status (unpublished) and sleeping with a student. When Matilda invites her boyfriend home for Thanksgiving to meet the family, and when Harry makes a desperate—and unethical—move to save his career, they set off an avalanche of shame, scandal, and drunken hot tub revelations that force them to examine the truth about who they really are. A wonderfully subversive, sensitive novel of romantic entanglement and misguided ambition, Hey Harry, Hey Matilda is a joyful look at love and family in all its forms.