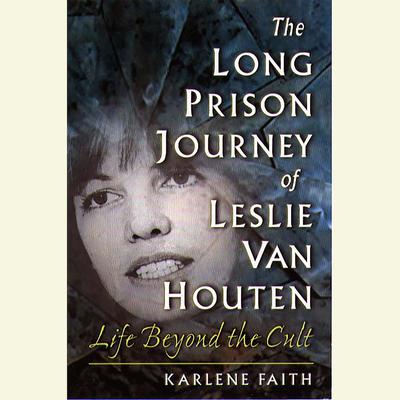 Life Beyond the Cult

At the age off twenty-one, Leslie Van Houten was sentenced to death, along with Charles Manson and his other disciples, for the infamous murder rampage spanning two nights in August 1969. Leslie, who was present at the Rosemary and Leno LaBianca stabbings, serenely accepted her sentence, wishing only that she had better served Manson in carrying out his apocalyptic vision of "Helter Skelter." When the United States temporarily suspended its death penalty, her sentence for murder conspiracy was converted to life in prison. Today, at the age of 51, after three trials and with no parole in sight, Leslie has become a remarkable survivor of a living nightmare.

This work presents the first in-depth look at how this "girl-next-door" became one of Manson's "girls." It also tells about Karlene Faith's thirty-year friendship with Leslie, whom she met while teaching in prison. To everyone who encountered Leslie - including prison staff and television journalists - she was not the demon typically portrayed by the media, but rather a gentle, generous spirit who mourned her victims. But why didn't this intelligent young woman see the evil in the "messiah" who had sexually exploited her, preached a racist ideology, and ordered her to murder? Faith pieces together the puzzle, starting with Leslie's spiritual quest within the sixties counterculture and her immediate attraction to Manson during a chance meeting. We learn of Manson's ability to look into her mind and commiserate with her turmoil. We also see his own need to control women and how his brainwashing techniques enabled his followers to embrace him as God, giving them little choice but to obey.

Leslie's journey out of Manson's grasp is a riveting feminist and spiritual story of recovering one's self. Why this rehabilitated woman, long punished for one man's madness, has not been able to leave prison is another story Faith brings to light. Filled with accounts of political injustices, this powerful book moves the reader to rethink the meanings and limits of guilt and punishment.