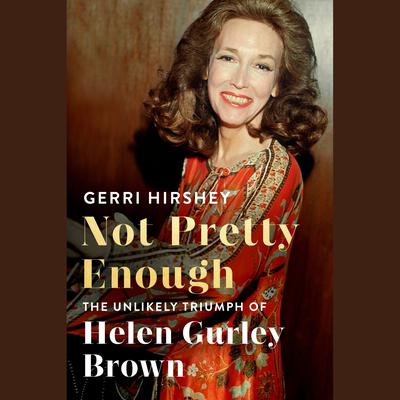 A bold and deeply researched biography of a complicated cultural icon

When Helen Gurley Brown published Sex and the Single Girl in 1962, it sold more than two million copies in just three weeks, presaging the self-help boom and helping to usher in the unapologetic self-affirmation of second wave feminism. Brown declared that it was okay, even imperative, to enjoy sex outside of marriage; that equal rights for women should extend to the bedroom; that meaningful work outside the home was essential for a woman's security and self-esteem. The book catapulted Brown into national renown, cementing her status as a complex and divisive feminist personality. And the ripple effects of her outspokenness about sex and her emphasis on friendships between women can still be seen today, on TV shows like Sex and the City and Girls, and in the magazine world as well.When she died in 2012, her obituary appeared on the front page of The New York Times, which noted that "the look of women's magazines today . . . is due in no small part to her influence." She may not always have been loved--but she was always talked about.

Brown's life story--a classic American rags-to-riches tale--is just as juicy as her controversial books. In this wonderful new biography, the writer and reporter Gerri Hirshey traces Brown's path from deep in the Arkansas Ozarks to her wild single years in Los Angeles, from the New York magazine world to her Hollywood adventures with her film producer husband. Along the way she became the highest-paid female ad copywriter on the West Coast, and transformed Hearst's failing literary magazine, Cosmopolitan, into the female-oriented global juggernaut it is today. Full of firsthand accounts of Brown from some of her closest friends, including Liz Smith, Gloria Vanderbilt, Barbara Walters, and more, as well as those whose paths she brushed--her 1939 prom date, a sorority sister from business school, Cosmo cover girls like Beverly Johnson and Brooke Shields--and writing from the woman herself, Not Pretty Enough is a vital biography that shines new light on the life of one of the most incomparable and indelible women of the twentieth century.