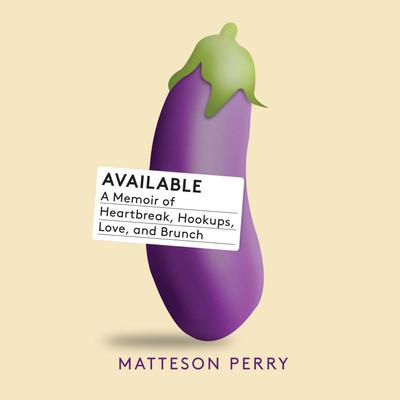 A Memoir of Heartbreak, Hookups, Love and Brunch

From a breakout storytelling star at The Moth, a real-life romantic comedy about a guy and a girl—and twenty-nine other girls: a memoir about an unexpected break-up, one self-imposed year of being single, and how a “nice guy” survived dating in the twenty-first century.

Matteson Perry is a Nice Guy. He remembers birthdays, politely averts his eyes on the subway, and enjoys backgammon. A serial monogamist, he’s never asked a stranger out. But when the girl he thought might be The One dumps him, he decides to turn his life around. He comes up with The Plan: 1. Be single for a year. 2. Date a lot of women. 3. Hurt no one’s feelings. He’s not out to get revenge, or to become a pickup artist; he just wants to disrupt his pattern, have some fun, and discover who he is. A quick-witted Everyman, Perry throws himself into the modern world of courtship and digital dating, only to discover that even the best-laid plans won’t necessarily get you laid. Over the course of a year he dated almost thirty different women, including a Swedish tourist, a former high school crush, a born-again virgin, a groupie, an actress, a lesbian, and a biter.

In Available, award-winning storyteller Matteson Perry brings us into the inner sanctum of failed pick-up lines, uncomfortable courtships, awkward texts, and self-discovery, charting the highs and lows of single life and the lessons he learned along the way. Candid, empathetic, and devastatingly funny, Available is the ultimate real-life rom-com about learning to date, finding love, and becoming better at life.