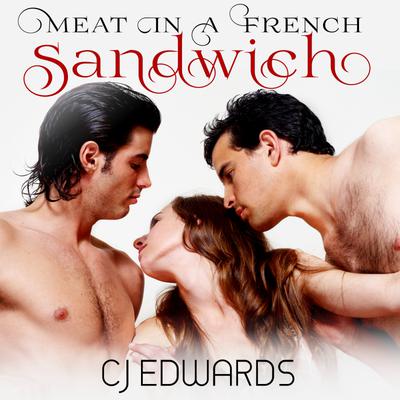 Meat in a French Sandwich

Beautiful young student Mary Beth was annoyed by the music coming from her neighbour's flat. However, when she went around to complain she was greeted by a sexy French man who was so friendly she forgot to be angry and went inside for a glass of wine. His cousin, an equally gorgeous French man was also in the flat and Mary Beth was hypnotised by their accents.
It didn't take long before she was in a menage a trois with these highly sexed French men.

Then it happened! Manu made a joke and leant right in to whisper in her ear. She turned her head at just the wrong time and before she knew it, their lips were connected! She thought about pulling away, but didn’t and as his tongue pressed boldly into her mouth she let it. There were hands on her body and she realised they had been there for quite a while. Now though, there was no mistaking their caress as being simply fraternal. She was being quite openly and vigorously groped by both men. She came up for air and Manu made a gesture towards his cousin with his eyes. Then Eric’s hand was on her cheek and she was turning her lips to meet his, as though it was the most natural thing in the world.