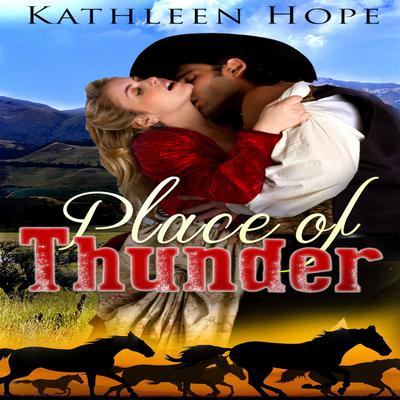 In 1885, Daisy Mary Fields lives with her parents and four sisters on Thunder Ranch in the Arizona Territory, right outside the gates of Fort Huachuca – the regimental headquarters of the U.S. Army Fourth Cavalry.

When Captain Brian Andrews comes to Thunder Ranch to buy horses, he is shown the Thoroughbred remounts that Daisy's father raises in hopes of providing faster and stronger horses for the soldiers.

Though the army isn't convinced that the blood of fragile, hot-headed racehorses is what the cavalry needs, Daisy is swept away by the handsome young captain from the start – though the first time she sees him, she's wearing men's clothes and he takes her for a teenage boy.

To prove their worth and save the ranch, it falls to Daisy to ride one of the ranch's Thoroughbred stallions in a race against the tough little mustang cavalry horses. But she'll have to ride against Captain Andrews, who does not want to marry a woman who would compete with him. Daisy can only maintain her boy's disguise and hope he doesn't find out.

The fate of Thunder Ranch and of Daisy herself all rides on one four-mile race through the Arizona mountains.