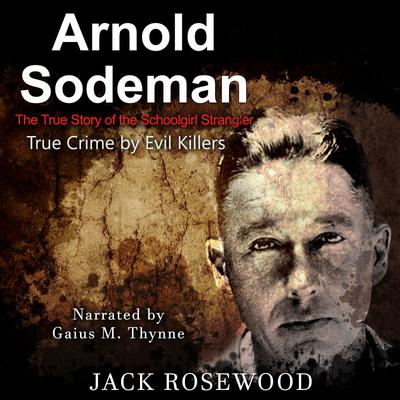 Arnold Sodeman: The True Story of the Schoolgirl Strangler - Abridged

Captured in the 1930s before the words psychopath and pedophile were part of common vernacular, notorious serial killer Arnold Sodeman murdered four young girls with little thought of remorse. Without guilt, the evil serial killer strangled them to death with their own clothing and left their small bodies alone in the Australian brush, earning himself a chilling position in the annals of Australian crime.

The first victim in his child murder spree, 12-year-old Mena Griffiths, showed signs of having been sexually assaulted, although the man who would become known as The School-girl Strangler denied the assault, and blamed the killing of both Griffiths and the other girls on his inability to control himself after he’d been drinking.

The horrific story of this true-life murderer – a tale of mental illness, childhood abuse, brain damage and alcoholic blackouts – is true crime as its most terrible, and ranks among the worst child murders in world history.

After his arrest, Sodeman calmly confessed, saying that when intoxicated, he became overcome by thoughts of revenge, and like a real-life Jekyll and Hyde, transformed from doting husband and family man into a barbarian who strangled four little girls.

He chose children and teens, he said, because he could lure them away much easier, but the cold-blooded killer really didn’t seem to recognize the abhorrence of taking a child’s life.

Experts now say the handsome but strange Sodeman would likely have been unfit to stand trial for his crimes, given his family’s extensive background of mental illness, but in the 1930s, the serial killer’s biography was a tale that left Australia stunned.