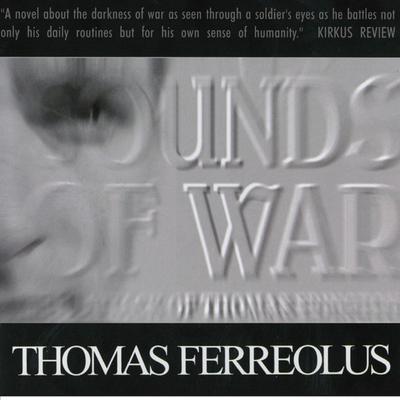 This novel is about the darkness of war as seen through a soldier’s eyes as he battles not only his daily routines but for his own sense of humanity.

In Iraq, soldier Thomas Edington feels he can’t get clean. It’s more than just the greasy water, which seems to leave a film between his skin and clothing. It goes beyond the blistering heat and the ubiquitous dust that coats his body from the

moment he towels off. There’s also the realization that he is not safe and that his life can, and probably will, end without any warning. Things a normal man takes for granted—a warm meal, a comfortable bed, a loving wife—fade away as

Edington does his daily rounds in this war-torn land. He’s in the middle of a war where suicide bombings are frequent; the young boy that begs you for change could end up killing you; and sleep, or even a few hours off for rest and relaxation, is difficult. Most of the story feels like a dream, told with flashbacks and short bursts of action, and readers will sympathize with Edington’s precarious situation. The narrative never feels stable; it veers in multiple directions as people are introduced and then disappear without much explanation. While this makes the story somewhat challenging to

follow, readers can only imagine that soldiers in today’s modern wars must feel somewhat similar—confused and scatterbrained. Yet Edington remains a constant, and his voice holds the chapters together despite their dissonance. He, too, is struck by how strange his situation is, and he wonders whether his emotional reactions are appropriate, as when Edington sees a market bombed, resulting in horrifying deaths: “Thoughts of how many innocent people had just been

killed hung heavy on his mind. When his team drove through the market moments ago, hundreds of people stood crowding together in the square. However, part of him was slapping high-fives to himself for just surviving the attack.”