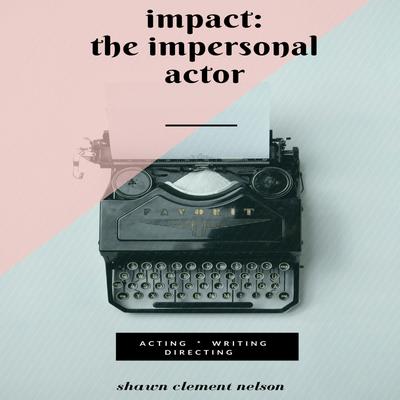 Impact: The Impersonal Actor, is Shawn Clement Nelson's initial master work on acting philosophy and technique. In twelve audio chapters, it contains almost 5 hours of detailed lectures, examples, exercises and quotations to guide the actor in film, television and stage to the very highest concepts in theatrical craft. These are not taped classes - but a one-on-one audio course recorded live in studio, in Burbank, Ca. Designed to be listened to again and again, The Impersonal Actor brings the actor to an increasing understanding of the craft of acting - but not as it is commonly taught. In fact, it has been called heretical in its positions toward the subjects of character, circumstances, spontaneity and performance psychology. IMPACT has been used as course material at colleges and universities.

Shawn Clement Nelson has been a teacher and coach to stars and working actors in Hollywood for three decades. He has taught acting at the University of Southern California and has been a guest instructor in acting and directing at Pasadena City College, the Sedona Film School, Liberty University, Louisiana State University, Northern Arizona University and Arizona State University. Shawn's new book, Comprehensive Contemporary Acting, Revised Edition (amazon), is also college course material.