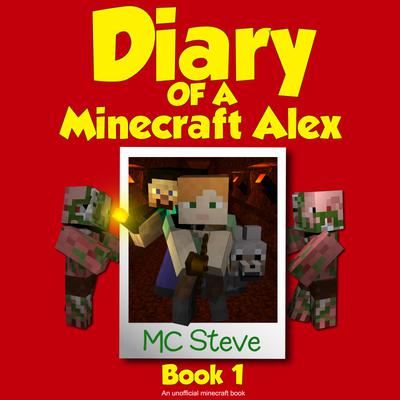 Diary of a Minecraft Alex Book 1: The Curse (An Unofficial Minecraft Diary Book)

Alex is a Self-Sufficient Loner Who Doesn't Need Anyone. But Soon She Learns The True Value of Friendship by Working Together!
Alex is a loner in the ice plains. She prefers pigs to people. She's a vegetarian. She starts in a small hut but moves into an igloo that she then renovates. She's good at fighting mobs in the overworld, but not the Nether.
She meets Steve, who annoys her. He shares the legend that the villagers have: Herobrine put a curse on the area so that if a zombie ever kills a villager, zombie pigmen begin appearing and attacking in the overworld.
Alex returns home with the thought that this isn't her problem only to find that zombie pigmen invaded her igloo. She rushes to find Steve, to figure out how to stop the curse.
Disclaimer: This book is a work of fanfiction; it is not an official Minecraft book. It is not endorsed, authorized, licensed, sponsored, or supported by Mojang AB, Microsoft Corp. or any other entity owning or controlling rights to the Minecraft name, trademarks or copyrights.