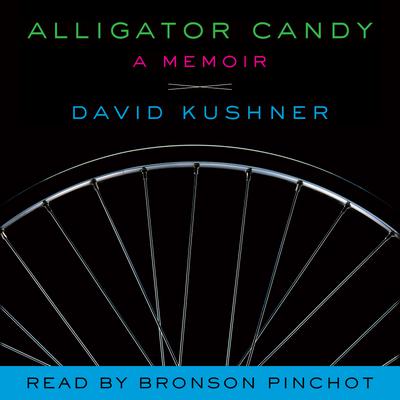 From award-winning journalist David Kushner, a regular contributor to Rolling Stone, The New Yorker, Vanity Fair, and other premier magazines, Alligator Candy is a reported memoir about family, survival, and the unwavering power of love.

David Kushner grew up in the early 1970s in the Florida suburbs. It was when kids still ran free, riding bikes and disappearing into the nearby woods for hours at a time. One morning in 1973, however, everything changed. David’s older brother Jon biked through the forest to the convenience store for candy, and never returned.

Every life has a defining moment, a single act that charts the course we take and determines who we become. For Kushner, it was Jon’s disappearance—a tragedy that shocked his family and the community at large. Decades later, now a grown man with kids of his own, Kushner found himself unsatisfied with his own memories and decided to revisit the episode a different way: through the eyes of a reporter. His investigation brought him back to the places and people he once knew and slowly made him realize just how much his past had affected his present. After sifting through hundreds of documents and reports, conducting dozens of interviews, and poring over numerous firsthand accounts, he has produced a powerful and inspiring story of loss, perseverance, and memory. Alligator Candy is searing and unforgettable.