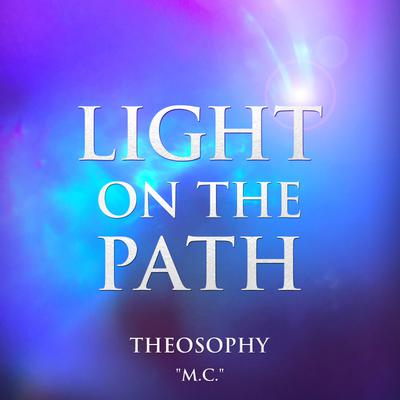 Light on the Path: Theosophy

"This little book—a true jewel—belongs to, and emanates from the same school of Indo-Aryan and Buddhist thought and learning as the teachings in "The Secret Doctrine.""

A Treatise Written for the Personal Use of Those Who Are Ignorant of the Eastern Wisdom, and Who Desire to Enter Within Its Influence.

“To many this little book will be the first revelation of that which they have been all their lives blindly seeking.

To many it will be the first bit of spiritual bread given to satisfy the hunger of the soul.

To many it will be the first cup of water from the spring of life, given to quench the thirst which has consumed them.

Those for whom this book is intended will recognise its message, and after reading it they will never be the same as before it came to them.”

“For when the disciple is ready, the Master is ready also.”