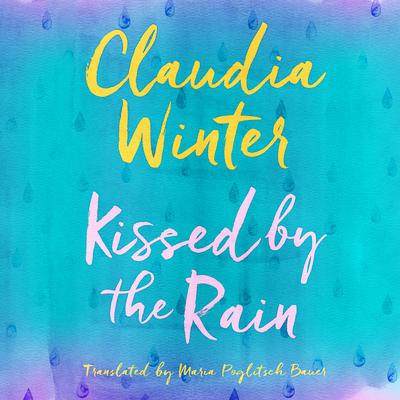 Kissed by the Rain

This wildly romantic novel from the author of Apricot Kisses proves that the recipe for love sometimes needs just a dash of the unexpected—and the magic of the Scottish Highlands.

Josefine Sonnenthal has it all under control. A successful lawyer with a sensible fiancé and big plans for marriage and children, she is sure that everything in her life is going according to plan.

But without a very important family ring—one that may possess mystical powers to doom or bless Josefine’s impending marriage—there will be no wedding. And that’s why she finds herself on a plane heading to Scotland with her two eccentric great aunts, desperately searching for a wayward cousin who holds the coveted heirloom.

When Josefine finds herself in one near-disaster after another along the Highlands countryside, she repeatedly crosses paths with the handsome but notoriously moody confectioner, Aidan Murray. Enchanted by her lush new surroundings, she tries to resist his rugged charm, but soon she begins to question everything. Does having a plan really mean having it all together? Or could this unexpected love be the best plan yet?