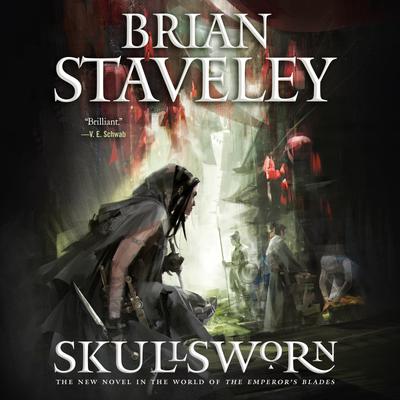 Chronicle of the Unhewn Throne

Brian Staveley’s new standalone returns to the critically acclaimed Chronicle of the Unhewn Throne universe, following a priestess-assassin for the God of Death

Pyrre Lakatur is not, to her mind, an assassin, not a murderer—she is a priestess. At least, she will be once she passes her final trial.

The problem isn’t the killing. The problem, rather, is love. For to complete her trial, Pyrre has ten days to kill the seven people enumerated in an ancient song, including “the one who made your mind and body sing with love / who will not come again.”

Pyrre isn’t sure she’s ever been in love. And if she fails to find someone who can draw such passion from her, or fails to kill that someone, her order will give her to their god, the God of Death. Pyrre’s not afraid to die, but she hates to fail, and so, as her trial is set to begin, she returns to the city of her birth in the hope of finding love . . . and ending it on the edge of her sword.

Chronicle of the Unhewn Throne Series 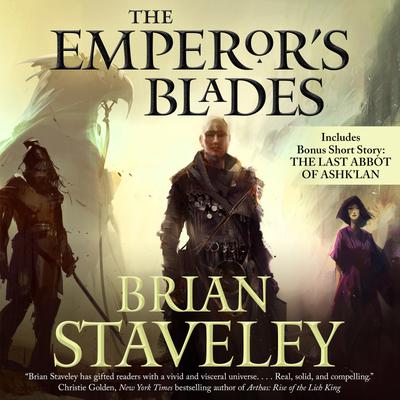 Now includes special bonus content. Stay tuned after the audiobook to hear “The Last Abbot of Ashk’lan,” a short story by Brian Staveley.

The emperor of Annur is dead, slain by enemies unknown. His daughter and two sons, scattered across the world, do what they must to stay alive and unmask the assassins. But each of them also has a life-path on... 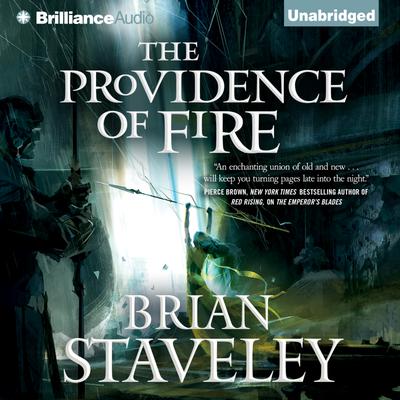 The Providence of Fire
Brian Staveley

The Providence of Fire

Brian Staveley's The Providence of Fire, the second novel in the Chronicle of the Unhewn Throne, a gripping new epic fantasy series in the tradition of Brandon Sanderson and George R. R. Martin

The conspiracy to destroy the ruling family of the Annurian Empire is far from over.

Having learned the identity of her father's assassin, Adare flees the... 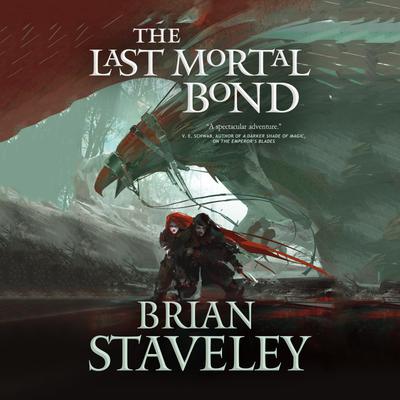 By: Brian Staveley
Narrated by:
Length: 29 hours 31 minutes
Abridged: No

The trilogy that began with The Emperor's Blades and continued in The Providence of Fire reaches its epic conclusion, as war engulfs the Annurian Empire in Brian Staveley's The Last Mortal Bond

The ancient csestriim are back to finish their purge of humanity; armies march against the capital; leaches, solitary beings who draw power from the...

Brian Staveley’s new standalone returns to the critically acclaimed Chronicle of the Unhewn Throne universe, following a priestess-assassin for the God of Death

Pyrre Lakatur is not, to her mind, an assassin, not a...