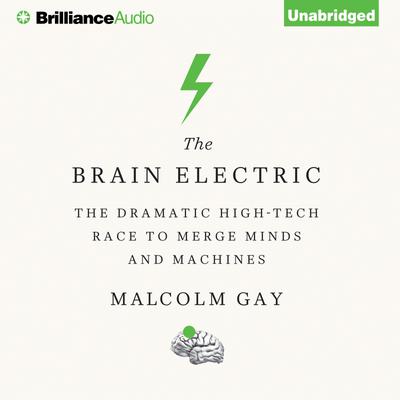 The Dramatic High-Tech Race to Merge Minds and Machines

Leading neuroscience researchers are racing to unlock the secrets of the mind. On the cusp of decoding brain signals that govern motor skills, they are developing miraculous technologies to enable paraplegics and wounded soldiers to move prosthetic limbs, and the rest of us to manipulate computers and other objects through thought alone. These fiercely competitive scientists are vying for Defense Department and venture capital funding, prestige, and great wealth.

Part life-altering cure, part science fiction, part military dream, these cutting-edge brain-computer interfaces promise to improve lives—but also hold the potential to augment soldiers' combat capabilities. In The Brain Electric, Malcolm Gay follows the dramatic emergence of these technologies, taking us behind the scenes into the operating rooms, start-ups, and research labs where the future is unfolding. With access to many of the field's top scientists, Gay illuminates this extraordinary race—where science, medicine, profit, and war converge—for the first time. But this isn't just a story about technology. At the heart of this research is a group of brave, vulnerable patient-volunteers whose lives are given new meaning through participating in these experiments. The Brain Electric asks us to rethink our relationship to technology, our bodies, even consciousness itself—challenging our assumptions about what it means to be human.