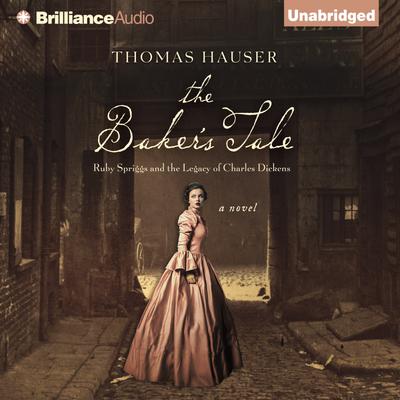 Ruby Spriggs and the Legacy of Charles Dickens

An evocative historical novel that explores the rising influence of Dickens’s work in mid-19th-century London through the journey of a young woman’s struggle against poverty and injustice.

In the winter of 1836, a young journalist named Charles Dickens held an infant in his arms. Only eight months of age, Ruby Spriggs was living under the most deplorable conditions that existed in London. Crushing poverty seemed her only future.

Through the intervention of kind patrons, the child blossoms into a young woman instilled with a love of learning and books. But the forces that Dickens fought against for most of his life threaten to destroy her.

At the heart of The Baker’s Tale is Ruby Spriggs; Edwin Chatfield, the young man who would be her lover; Alexander Murd, the scheming coal baron who would destroy them; Abraham Hart, a dwarf who befriends Ruby in a faraway land; and Octavius Joy, a 19th-century philanthropist cut from unique cloth.

Meticulously researched and masterfully told, The Baker’s Tale recreates the voice of beloved author Charles Dickens in gorgeous prose brimming with the atmosphere of historical London. It's a gripping tale of obsession, corruption, hope, and love instilled with the unequaled passion of Dickens’s social conscience.