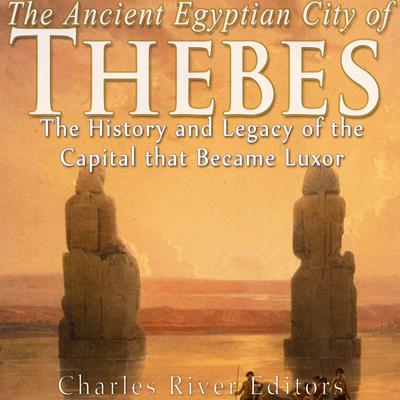 The Ancient Egyptian City of Thebes

The History and Legacy of the Capital that Became Luxor

Africa may have given rise to the first humans, and Egypt probably gave rise to the first great civilizations, which continue to fascinate modern societies across the globe nearly 5,000 years later. From the Library and Lighthouse of Alexandria to the Great Pyramid at Giza, the Ancient Egyptians produced several wonders of the world, revolutionized architecture and construction, created some of the world’s first systems of mathematics and medicine, and established language and art that spread across the known world. With world-famous leaders like King Tut and Cleopatra, it’s no wonder that today’s world has so many Egyptologists.

In just a few lines of his renowned Iliad, Homer immortalized in writing what the Thebans had immortalized in stone nearly a millennium before - Thebes “of the Hundred Gates” was home to some of the most splendid relics of the religion, history, and art of ancient Egypt and indeed of all the ancient world. As Thebes grew from an unimportant settlement to the richest city in the ancient world, unparalleled in its beauty and splendor, nearly all of its leaders left his or her mark in the form of one or more legendary monuments at the great temple complex to Amun-Ra at Karnak, the temple to Amun-Ra at Luxor, and the mortuary temples and tombs of the Valley of the Kings. As Thebes underwent the dramatic changes that came with its 3,000 years of political shifts, religious reforms, and ritual changes - not to mention its sometimes abrupt changes in fortune - its monuments grew and changed with it. The study of the fascinating archaeology of these sprawling structures thus provides an excellent point of entry for understanding nearly all aspects of Theban history and culture.