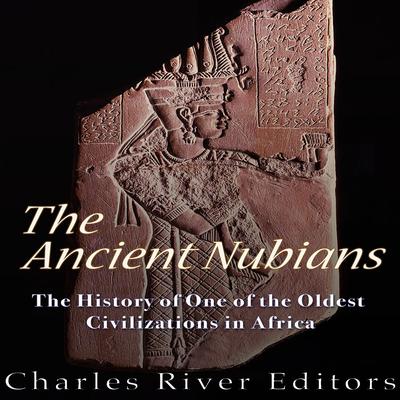 The History of One of the Oldest Civilizations in Africa

During the several centuries that ancient Egypt stood as one of the greatest, if not the greatest, civilizations of the ancient world, conflicts with its neighbors often played a central role in hieroglyphic texts and art from temples and tombs. The three primary enemies of the Egyptians were the Libyans who occupied the Western Desert and its oases, the so-called Asiatics who lived in the Levant, and finally the Nubians to Egypt’s south. Among the three peoples, the Nubians were the most “Egyptianized” and at times were integral to the development of Egyptian history. Truly, the Nubians were the greatest of all sub-Saharan peoples in pre-modern times and deserve to be studied in their own right, apart from ancient Egyptian history.

Unfortunately, it is often difficult for scholars to separate aspects of ancient Nubian culture that were truly unique and “Nubian” from those elements that were Egyptian, as the Nubians borrowed heavily in terms of culture from their northern neighbor. One historian noted, “As expected, strong Nubian features and dark coloring are seen in their sculpture and relief work. This dynasty ranks as among the greatest, whose fame far outlived its actual tenure on the throne. Especially interesting, it was a member of this dynasty that decreed that no Nehsy (riverine Nubian of the principality of Kush), except such as came for trade or diplomatic reasons, should pass by the Egyptian fortress and cops at the southern end of the Second Nile Cataract. Why would this royal family of Nubian ancestry ban other Nubians from coming into Egyptian territory? Because the Egyptian rulers of Nubian ancestry had become Egyptians culturally; as pharaohs, they exhibited typical Egyptian attitudes and adopted typical Egyptian policies.” Robert S. Bianchi went even further: “It is an extremely difficult task to attempt to describe the Nubians during the course of Egypt's New Kingdom, because their presence appears to have virtually evaporated from the archaeological record. The result has been described as a wholesale Nubian assimilation into Egyptian society. This assimilation was so complete that it masked all Nubian ethnic identities insofar as archaeological remains are concerned beneath the impenetrable veneer of Egypt's material culture.”

An in-depth examination of the ancient Nubians reveals that although the Nubians were closely related culturally in many ways to the Egyptians, they produced a culture that had many of its own unique attributes and was far more advanced than any other culture in sub-Saharan Africa. Although the ancient Nubians get second billing to the Egyptians and are therefore not known as well to the general public, they were truly a remarkable people who left a cultural legacy that has stood the test of time.

The Ancient Nubians: The History of One of the Oldest Civilizations in Africa looks at the history of the group and its influence across the region.