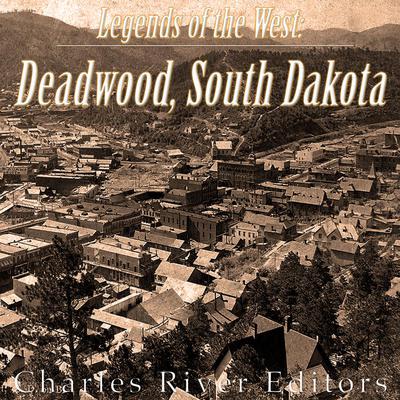 Space may be the final frontier, but no frontier has ever captured the American imagination like the “Wild West”, which still evokes images of dusty cowboys, outlaws, gunfights, gamblers, and barroom brawls over 100 years after the West was settled. A constant fixture in American pop culture, the 19th century American West continues to be vividly and colorful portrayed not just as a place but as a state of mind. In Charles River Editors’ Legends of the West series, readers can get caught up to speed on the lives of America’s most famous frontier figures in the time it takes to finish a commute, while learning interesting facts long forgotten or never known.

The Wild West has made legends out of many men, but it also forged a lasting legacy for a few of the West’s most legendary towns, and alongside the city of Tombstone, Arizona, perhaps the most famous of them was Deadwood in the Black Hills of South Dakota. Deadwood owes its notoriety to some of the colorful people who called it home, and a recent critically acclaimed television series about the town that brought it to life for millions of modern viewers.

In many ways, Deadwood fit all the stereotypes associated with the Old West. A mining town that sprung up quickly, it was a dusty place on the outskirts of civilization that brought together miners, cowboys, lawmen, saloons, gambling, brothels, and everything in between, creating an environment that was always colorful and occasionally fatal. In fact, Deadwood should have never legally existed. In 1874, General George Armstrong Custer led a troop over of 1,000 men to investigate reports of the discovery of gold on Lakota-Sioux land in the Black Hills. Sioux ownership of the land stemmed from the Treaty of Laramie in 1868, but the discovery of gold changed things for the United States. The mining town of Deadwood quickly sprung up as prospectors descended on the area, even though the federal government had ordered military troops to set up posts there to keep prospectors out.

These characteristics might not have distinguished Deadwood from other frontier outposts that dotted the landscape, but some of the West’s most famous legends of the West called Deadwood home. Men like Al Swearengen and Charlie Utter came to make fortunes one way or another, Calamity Jane amused and irritated the townspeople in equal measure, and the legendary Wild Bill Hickok was shot and killed in one of Deadwood’s saloons while holding the “Dead Man’s Hand” by “the coward McCall.”

Wild Bill’s death helped ensure Deadwood would be remembered as an important part of Western lore, but in many ways the Deadwood craze was over almost before it began. During the 19th century, Deadwood’s population reached its peak in the 1880s with a population of just less than 4,000, and fires, mining, and the closing of the frontier all made sure the population never grew. Today, barely 1,000 call Deadwood home, and it remains more an object of curiosity and tourism than anything else.

Legends of the West: Deadwood, South Dakota comprehensively covers the history of the city, profiles the people who called it home, and highlights the attractions and events that made it famous.