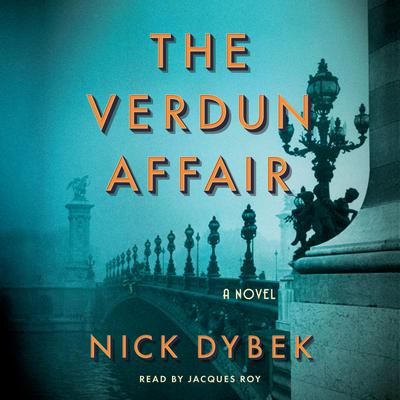 Across a continent still reeling from World War I, a “ravishingly beautiful” (Paula McClain) story about a love affair between two Americans and the lie that changes everything.

France, 1921—Tom, a young American orphaned in World War I, is working at an ossuary in Verdun, helping priests comfort families seeking answers about their loved ones. But nothing in his past—not his rough-and-tumble Chicago childhood nor his experiences driving ambulances across French battlefields—can prepare Tom for the arrival of Sarah Hagen. From the moment he sees her, a young woman in a blue dress desperate for news of her missing husband, he knows he will help her in any way he can.

As their affair takes them across a fractured Europe, Tom and Sarah reckon with the ways extraordinary circumstances impact the lives of ordinary people. They eventually part but when news of an amnesiac soldier in Naples reaches Tom in Paris, he sets off, only to find Sarah there, hopeful as ever, along with an Austrian journalist named Paul who has his own agenda. Years later, a chance encounter with Paul forces Tom, now a screenwriter in Hollywood, to confront his past—and the woman he’s never been able to forget.

A page-turning, vividly imagined, and deeply romantic novel about love and identity, truth and consequences, The Verdun Affair is a “literary romance…[that] unravels a love triangle and its players’ secrets” (Los Angeles Times). It will transport you to another place and time while asking the question: Who are you in a world you no longer recognize?