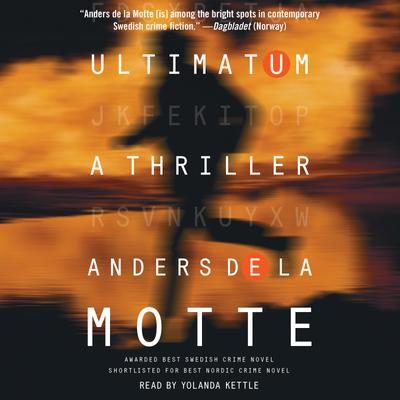 A follow up to his “breakneck” (Publishers Weekly, starred review) MemoRandom, this gripping new thriller from internationally bestselling author Anders de la Motte takes you deep inside a world of police intelligence filled with secrecy, betrayal, and deadly competition.

David Sarac of the Stockholm Police Force’s Intelligence Unit is recuperating from his gunshot wounds weeks after his violent encounter with the enigmatic high-level informant, Janus. And while the hunt for the elusive Janus has ended, the secrets and lies linger.

The mysteries of that night deepen when David’s nurse slips him an anonymous letter; the writer wants to swap secrets with David to bring someone powerful to justice after a betrayal at the Janus shoot-out.

David’s only clues are two photos enclosed with the letter: a snapshot of a happy family and another of a dead woman sprawled over the hood of a car…​