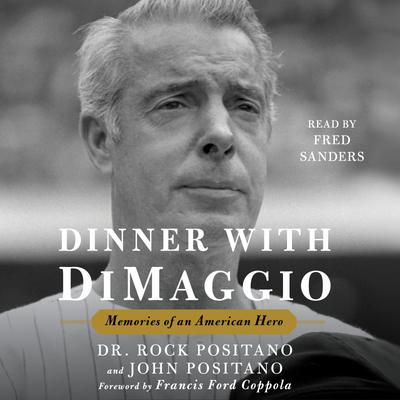 Memories of An American Hero

A revealing account of the great Baseball Hall of Famer Joe DiMaggio from the man who knew him best in the last ten years of his life—“a rare, intimate portrait…that pries open Joltin’ Joe’s perpetually buttoned-up privacy” (The New York Times) with stories about the Yankees, Ted Williams, Lou Gehrig, Marilyn Monroe, Frank Sinatra, and other celebrities.

In 1990, Dr. Rock Positano, a thirty-two-year-old foot and ankle specialist, met Joe DiMaggio. Despite the forty years between them, an unlikely friendship developed after the doctor successfully treated the baseball champ’s heel spur injury. Joe mentored Rock but came to rely on his young friend to show him a good time in New York, the town that made him a legend. In time, the famously reserved DiMaggio opened up to Dr. Positano and talked about his joys, his disappointments, and his sorrows as he reflected on his extraordinary life. The stories and experiences he shared with Dr. Positano comprise an intimate portrait of one of the great stars of baseball and icon of the twentieth century.

“Readers do not have to be baseball fans to be captivated by this memoir, which explores such universal themes as friendship, celebrity, aging, and mortality” (Library Journal, starred review). DiMaggio was a complicated figure—sometimes demanding, sometimes big-hearted, always impeccable, loyal, and a true stand-up guy. This memoir of a decade-long friendship reveals the very private DiMaggio as “a wholly human portrait of an American icon navigating his way through an adoring yet relentlessly demanding public” (Booklist, starred review), while serving up illuminating stories and rare insights about the people in his life, including his teammates, Muhammad Ali, Sandy Koufax, Woody Allen, and many more.