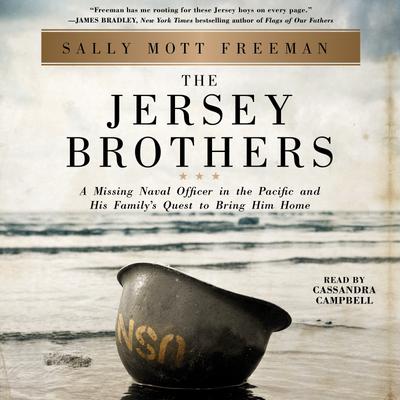 This extraordinary adventure of three brothers at the center of the most dramatic turning points of World War II is “liable to break the hearts of Unbroken fans, and it’s all true” (The New York Times).

They are three brothers, all Navy men, who end up coincidentally and extraordinarily at the epicenter of three of the war’s most crucial moments. Bill, a naval intelligence officer, is tapped by FDR to set up and run his secret map room in the White House basement. Benny is the gunnery and antiaircraft officer on USS Enterprise, one of the few ships to escape Pearl Harbor and, by the end of 1942, the only aircraft carrier left in the Pacific to defend against the Japanese. Barton, the youngest, gets a plum commission in the Navy Supply Corps because his mother wants him out of harm’s way. But this protection plan backfires when Barton is sent to Manila and listed as wounded and missing after a Japanese attack. Now it is up to Bill and Benny to find and rescue him…

Based on a decade of research drawn from archives around the world, interviews with fellow shipmates and POWs, and half-forgotten letters stashed away in attics, The Jersey Brothers is “a captivating tour-de-force” (San Antonio Express-News) that whisks readers from America’s front porches to Roosevelt’s White House to the battlefronts of the Pacific. But at its heart The Jersey Brothers is a family story, written by one of its own in intimate, novelistic detail. It is a remarkable tale of agony and triumph; of an ordinary young man who shows extraordinary courage as the enemy does everything short of killing him; and of brotherly love tested under the tortures of war.

“The Jersey Brothers shines in singularity. A blend of history, family saga and family questions, Freeman’s book [is] a winning and moving success, and adds an authoritative entry to the… vast canon of war literature” (Richmond Times Dispatch).