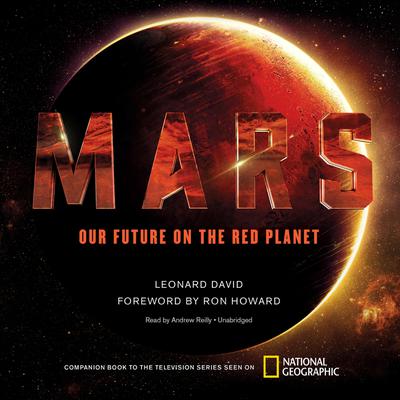 Our Future on the Red Planet

An inspiring exploration of the establishment of humans on Mars-tying into the National Geographic television documentary series MarsThe next frontier in space exploration is Mars, the Red Planet-and human habitation of Mars isn't much farther off. In October 2015, NASA declared Mars "an achievable goal"; that same season, Ridley Scott and Matt Damon's The Martian drew crowds into theaters, grossing over $200 million. Now the National Geographic Channel fast forwards years ahead with Mars, a six-part series documenting and dramatizing the next twenty-five years as humans land on and learn to live on Mars. Following on the visionary success of Buzz Aldrin's Mission to Mars and the visual glory of Marc Kaufman's Mars Up Close, this companion book to the Nat Geo series shows the science behind the mission and the challenges awaiting those brave individuals.The book combines science, technology, and storytelling, offering what only National Geographic can create. Clear scientific explanations make the Mars experience real and provide amazing visuals to savor and return to again and again.

Notice to our customers about Mars