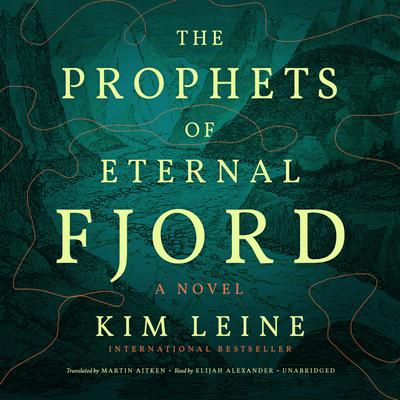 The Prophets of Eternal Fjord

The award-winning, internationally bestselling saga of a Greenlandic community torn apart by the forces of colonialism and the one priest whose wavering guidance will determine its fateIdealistic, foolhardy Morten Falck is a newly ordained priest sailing to Greenland in 1787 to convert the Inuit to the Danish church. He's rejected the prospect of a sleepy posting in a local parish and instead departs for the forsaken Sukkertoppen colony, where he will endeavor to convert the locals. A town battered by unremittingly harsh winters and simmering with the threat of dissent, it is a far cry from the parish he envisioned; natives from neighboring villages have unified to reject colonial rule and establish their own settlement atop Eternal Fjord. A bumbling and at times terrifically destructive mix of Shakespeare's Falstaff and Nathaniel Hawthorne's Arthur Dimmesdale, he's woefully ill prepared to confront this new sect. Torn between his instinctive compassion for the rebel congregation perched atop Eternal Fjord and his duty to the church, Falck is forced to decide where he belongs. His exploits in this brutal backwater include an accidental explosion after a night curled around a keg, a botched surgery, a love affair with a solitary and fatalistic widow, and an apprenticeship with an eager young scholar that ends in tragedy.Based on authentic events in the 1780s and 90s, Prophets of Eternal Fjord moves from the quiet rooms of the Copenhagen bourgeoisie to the stark, hardscrabble village of the Fjord where Falck finds himself-surprisingly-at home. In gritty detail, Kim Leine reveals the corrosive effects of colonial rule.

Notice to our customers about The Prophets of Eternal Fjord