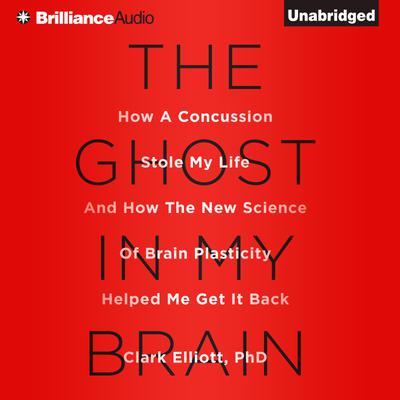 The Ghost in My Brain

The dramatic story of one man’s recovery offers new hope to those suffering from concussions and other brain traumas.

In 1999, Clark Elliott suffered a concussion when his car was rear-ended. Overnight his life changed from that of a rising professor with a research career in artificial intelligence to a humbled man struggling to get through a single day. At times he couldn’t walk across a room, or even name his five children. Doctors told him he would never fully recover. After eight years, the cognitive demands of his job, and of being a single parent, finally became more than he could manage. As a result of one final effort to recover, he crossed paths with two brilliant Chicago-area research-clinicians—one a specialized optometrist, the other a cognitive psychologist—working on the leading edge of brain plasticity. He was substantially improved within weeks.

Remarkably, Elliott kept detailed notes throughout his experience, from the moment of impact to the final stages of his recovery, astounding documentation that is the basis of this fascinating audiobook. The Ghost in My Brain gives hope to the millions who suffer from head injuries each year, and provides a unique and informative window into the world’s most complex computational device: the human brain.