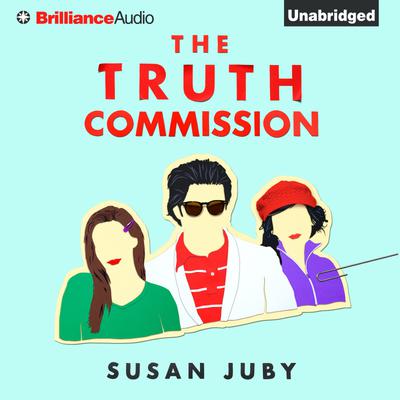 An innovative, side-splitting take on secrets and truth-telling

Open secrets are the heart of gossip—the obvious things that no one is brave or tactless enough to ask. Except for Normandy Pale and her friends. They are juniors at a high school for artists, and have no fear. They are the Truth Commission. Then, one of their truth targets says to Normandy: “If you want to know about the truth, you might want to look a little closer to home.”

This dryly funny, knife-sharp novel, written as “narrative nonfiction” by Normandy herself, features footnotes, illustrations, and a combination mystery/love story that will capture readers from the first page.

“Comedy rules in Juby's satirical, laugh-out-loud debut about a wacky home-schooled teenager who decides to try public high school…the biggest complaint readers will likely have is the pain in their stomachs from laughing. Hilarious.” —Kirkus Reviews, starred review for Alice, I Think

“Juby again demonstrates her ability to tell a story that's richly colored all the way to the edges.… Whether kids fancy themselves unlikely stand-up heroes or just wish there was one out there as they enter high school, they'll relish Sherman's endearingly dorky nobility.” —BCCB, starred review for Getting the Girl

“Susan Juby is a marvel. Wise, witty, and full of heart, her writing draws you in and won't let you go. And just when you think it can't get any better it does.” —Meg Cabot, #1 New York Times bestselling author