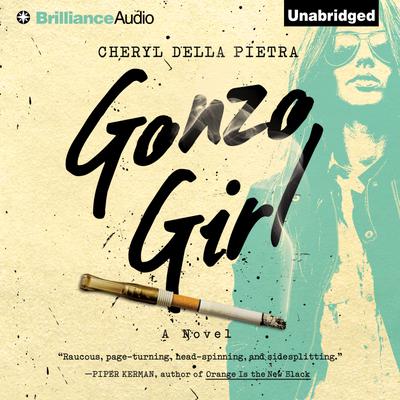 Inspired by the author’s experiences working with Hunter S. Thompson, an exhilarating, full-speed-ahead roman à clef about an ambitious young writer who takes a job as an assistant to an unmotivated, drug-addled literary icon and helps him finish his long-awaited novel—by any means necessary.

Alley Russo is a recent Ivy League grad desperately trying to make it in New York publishing. She has no connections, even less money, and slings drinks at a Bleecker Street dive bar while slogging through an unpaid internship at Beat magazine. It’s there that she hears that the infamous Walker Reade is looking for an assistant—after eight others have recently come and gone—to help him finish his next novel. Hungry for a chance to transcend her working-class roots, not to mention score an experienced editor’s eyes on the manuscript she’s poured her heart into, Alley takes the job.

After surviving an absurd three-day “trial period” involving a .44 magnum, purple-pyramid acid, violent verbal outbursts, brushes with fame and the law, a bevy of peacocks, and a whole lot of cocaine, she’s invited to stay. Over the ensuing months, as Alley attempts to coax the novel out of Walker one long page at a time, the endless procrastinating, vampiric schedule, Herculean substance abuse, Walker’s mounting debt, and his casual gunplay will exact a toll on Alley’s psyche. By the time she fully grasps the reality of her situation—that she’s alone in the Colorado Rockies at the mercy of a drug-addicted icon whose literary powers are waning—her fate may already be sealed.